Frank spent the whole week prepping. Although that was an understatement, he had been preparing himself for this day since that film Armageddon came out.

He had started by covering the backyard by a seven-foot high hedge. Pouring FastGro over it to make sure its foliage properly hid the whole of his backyard. If Richard from next door ever got a whiff of what Frank was up to, it would have defeated the whole purpose. He then dug a deep hole in the earth. It took him three whole years to complete; the self-created design was much too intricate. Read more.

Yes, this is the end…of the Mayan Countdown series that is.  This story follows Scenario One and Two but is set before the Final Chapter.  The piece is also entitled The Mayan Countdown.  As I explained in December, I had written this tale as a different perspective to the cynical but disastrous approach taken by the characters that appeared in the first two stories.  But then, when I completed the piece I decided to enter it for a competition rather than posting it immediately on this blog.  The Mayan Countdown has in fact placed as Runner Up in the December edition of the Darker Times Fiction monthly competition and will soon appear in the second Darker Times Anthology.

For more chilling short stories, terrifying flash fiction and shocking poetry, visit the Darker Times Fiction winners page, but be warned: You might not be able to sleep at night! 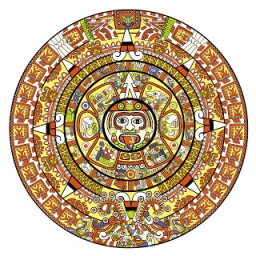