He placed a matryoshka doll on the table between them, amid the two glasses with remnants of red wine and the half burnt candle.

Excitement shot through her body right down to her fingertips. She tore the first layer open, then the second while small, uncontrollable bursts of glee escaped her grinning lips. END_OF_DOCUMENT_TOKEN_TO_BE_REPLACED 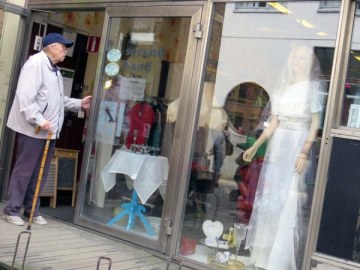 A dark wave broke against the boat, tilting the starboard lip precariously close to the waterline; not for the first time, nor for the hundredth time.  The boat rocked on, cradling our nausea, nourishing our fear.

We were no seamen, not a single one of us. And yet, here we were; fourteen souls packed tight on a piece of wood barely qualifying for the term ‘boat’.

Adjoa screamed; a sound that cut through the thunder and made my insides hurt.

Eniola sent a poisonous look in Paki’s direction and shifted slightly, barring Adjoa from Paki. He had been raising one hell after another since we left Libya, but Eniola had so far managed to contain him. END_OF_DOCUMENT_TOKEN_TO_BE_REPLACED 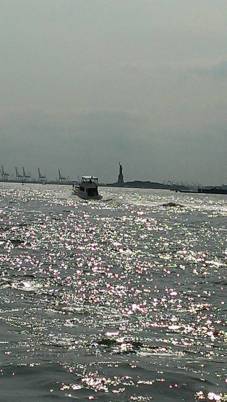 We watched them stomp across the water into the harbour; marching in a disciplined straight line, their giraffe-like necks moving backwards and forwards with each stride.

We were the last to leave; squeezed into the only remaining boat that was much too small.

The invaders made it inland and the screams became a howl; a frenzied cry of terror that carried over the water, past the broken statue.

The motor on our boat coughed and died.  Our eyes mirrored terror, then resignation as we waited while the current carried us back towards the screams.

For Friday Fictioneers.  Hope you liked it 🙂

I know a man who owns a mask. 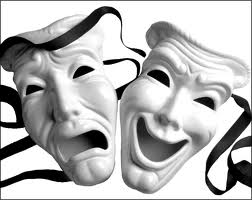 It’s made of steel and covers his face.

He wears it often;

To hide his smile,

But sometimes the mask is down;

When he is unawares.

But in those times

I see a smile,

The flesh was not flesh,

Underneath there was another layer.

It was made of lead;

In all these years,

I have never seen his face.

For Trifecta. The word this week is MASK.

When Mauve tattooed the letter ‘M’ on her upper left arm, everyone simply assumed that she had tattooed the first letter of her name.

It was a nice tattoo.  Three inches wide and four inches long, the thin black outline of the ‘M’ was entwined with ivy spiralling up and down its edges.  It was a piece of art, no one denied that.

But when a second ‘M’ popped up right below the first one, some eyebrows were raised, some heads got cocked to the side.

‘Your initials, right? Mauve…it’s Martins, isn’t it?’ Mauve nodded and smiled thinly the first time someone asked that.  Then she just nodded.

The second ‘M’ had daisies sprouting out of the two parallel lines on the side.  The outline was black again, but the daisies were white with a yellow centre.  All in all, it complemented the green ivy quite well.

The scabs on the daisies hadn’t completely healed when a third ‘M’ materialised half way down Mauve’s left arm etched in front of a large pink lily.

In the flat she shares with no-one, Mauve washes blood off her hands in the kitchen sink, brushing away at her fingernails using the steel, wiry sponge she usually uses to scrub pots with.

She wipes her hands on the dish towel and sits at the kitchen table where a High School yearbook is open.   A red cross quarters each of three different faces; Ivy Reynolds, Daisy Stevens, Lily O’Keefe.

Mauve grabs the red pen buried in the middle of the open book.  A smile snails its way up each cheek as another face is crossed; stroke, stroke.  Samara Lawrence.

Mauve reaches for a blank paper, sketches the four-by-three inch ‘M’ – her own chosen brand for ‘Murderer’ – and then pauses.  The pen hovers motionless for some long seconds until Mauve’s head shoots up, panic clouding her expression.

For Trifecta.  The word is BRAND.

This comes after a week-long  break from blogging…  *snigger-snigger* I was on holiday and ooohh have I enjoyed it!  ^__^

I missed writing though, so I’m glad I’m back with you all. 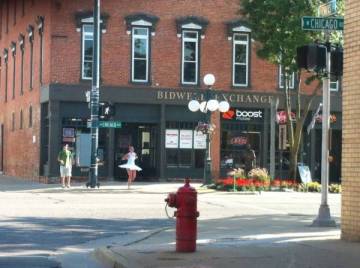 A girl was dancing in the street, her braided hair spinning at the exact same angle as her skirt.  Her figure shone bright with each revolution that brought her out of shadow  and into the pouring sunrays caressing the asphalt.

A man leaned against Bidwell’s doorframe, looking on but not seeing the girl.  His eyes were glazed over like he was recalling something distant.

The images are seared inside my mind still. Only the useless details though.  Years of therapy have yet to bring back the face of the man who left the bag against the hydrant, right before it all went black.

For Friday Fictioneers. I added my dark tale to the many dark inspirations that this week’s picture has instilled in the brilliant minds of the Fictioneers. 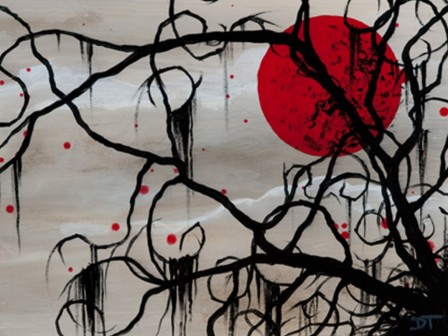 Smoke burned my eyes. Through tears I could see a crimson moon rise from behind the hills, dripping red, shedding blood as it went up, ridding itself from the filth of our victory.

For Trifecta.  I posted this just in time! Hope you like it.

This week Trifecta gave us three words to work with:

Guess what this brought to mind…!

Water erodes pieces of me.

Jaws of hunger eat me alive.

Above is only the ring.

No hope at this stage.

Mom, why did you hate me so? 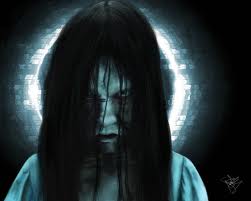 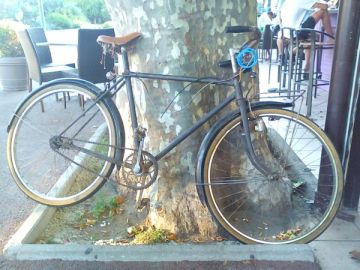 I had a bike called Betsy when I was about six. Grandpa gave it to me about two years before he died. He never managed to teach me, so I taught myself; my knees and elbows were a mess for a while.  Once I learnt though, I used to ride all the time, and when no one was looking I even used to ride with my eyes closed, pretending I was flying. I was just returning from a ride when I found my mother in the tub.  After that, I never touched a bike again.

For Friday Fictioneers.  Hi all! I found it a bit hard to feel inspired this week, I must admit. But no matter, I came up with something in the end.